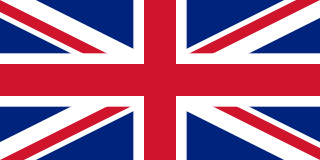 HAVE I MENTIONED THAT I LOVE ALL THINGS BRITISH?!?!

Yeah, I know, I've only mentioned this a couple of thousand times, and those of you who have known me personally for any length of time have no doubt heard a couple of MILLION times.  So all the Britishisms in this book only made me love it all the more.  Indeed, I would never have picked up this YA novel in the first place if it hadn't been for the title.  For those who may not know, "snogging" is the British equivalent of "making out".  Now, armed with that information, you must admit that this is a pretty hilarious title.

To be perfectly honest, this book is mostly made up of absolutely mindless, rubbishy fluff.  If you're in pursuit of high art in literature, keep looking.  BUT, if you're searching for an irreverent, hilarious read, you could do much worse.

This whole series strongly resembles The Princess Diaries, but without the completely improbably element of royalty.  However, there is a hidden undercurrent that reveals quite a bit about how the teenage psyche works, or at least how an adult author remembers it working for her.  I feel sure it was this aspect of the book that got it nominated for a YA literary award.  To be perfectly honest, the reader in me laughed my ass off at this book, while my inner mother of a SuperToddler kept thinking, "Oh, dear Lord, how will I EVER deal with raising a teenager?!"

Georgia Nicolson is enrolled in a middle-class British public girls' school (that means a private school, if you're American), trying to survive her teachers, her own confusion about hormones and sex, and the possibility that her whole family might have to emigrate to New Zealand so her father can find work.  Meanwhile, she's wondering if the guy of her dreams really likes her, and how to keep her friends from driving her slowly insane.

In short, this book is utter foolishness, but it's an awful lot of fun.
at 8:19 PM

Email ThisBlogThis!Share to TwitterShare to FacebookShare to Pinterest
Labels: 4 Stars, Adventures of Brigid the SuperToddler, Reviews, YA