Friends, I don't know about you, but now that the weather is turning crisp and my daughter keeps telling me she wants a pumpkin costume for Hallowe'en, I'm suddenly lifting my head up as if I'd fallen asleep with my head on my desk at work, looking sleepily around me, and noticing that 2012 begins to grow old.  It's nearly November, for heaven's sake, and how far along have YOU gotten in all of your reading challenges?  Yes, it's a bewildering thought, isn't it?  For those 5 of you who have already finished and read 30 more books than you estimated on your Goodreads goal, Hermione would be proud.  For everyone else, you can cheer yourself up by checking out the following list of books that I'm supposed to finished between now and December 31st.  Even better, I have predictably left all the hardest ones until last.  Wish me luck, she said sardonically... 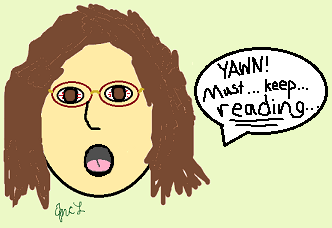 
So, that's all.  In two months.  Right.  It'll be the coldest day Hell's ever seen if I manage to finish it all in that amount of time.  But, I am still busily reading away on the list, believe it or not, and I mean to get through as much of it as I can.  Also, I've already bumped a couple of the items onto 2013's My Re-Education Challenge (they are written in purple in the list above).  I'll get them next year, if not this.  Of course, it was just the old story, wasn't it?  "The best laid plans"...  When I signed on to read all of this, I wasn't expecting to lose basically an entire year of my life to a mystery illness which we still have yet to diagnose.  The search goes on.  But I think I actually made a respectable showing, considering the actual percentage of 2012 I spent in hospital and emergency rooms!  On to 2013.
at 4:23 PM