PTSD 1--Afraid to Do

I have spent a lifetime searching for the information I found today on the internet in a 20-minute search.

I don't mean I just wanted to know what I found; I was desperate to know, terrified there was something horribly, fatally damaged in my character that would always leave me a procrastinating wastrel.

So if it was vital to know why I do certain things, why did I never just enter those search terms into a Google screen before and find my solution?


I'm about to explain. The answer lies within the question.

[WARNING: Diagnoses ahead. If you truly believe that these days, everyone has a label instead of just taking personal responsibility, then this post will infuriate you, and I can't help that. You may not wish to read it.]

Frequent visitors here know that I suffer from Post-Traumatic Stress Disorder (PTSD), and that it stems not from any military service or pattern of childhood abuse, but from the trauma of events such as surviving a flood at age 13, and living with two terminally ill parents, until their deaths in 2007 and 2011.

However, you may not be aware that from about the age of 8, I have experienced anxiety and occasional panic attacks when confronted with a new task about which I do not feel confident. For many years, life has felt as if it adds more and more demands upon me, and each one takes a toll. So what, right? It does that to everyone. Very true. But not everyone lives in terror of not doing it perfectly the first time, no matter the task. And not everyone fears going to hell if they don't accomplish that mission impossible.

My father was a Pentecostal pastor nearly my whole life, and at the age of 4, I really listened to one of his sermons promising heaven to the saved and hell to the unsaved, and believed that I would go to hell if I didn't go forward to the altar and pray "the Sinner's Prayer" with him.


In the minds of everyone around me, this was an extraordinary and blessed event, a wonderful thing for me to do at such a young age. No one seemed to take into account the very real terror of going to hell, nestled in the mind of an impressionable 4-year-old, that inspired the move.


DIAGNOSIS #1--Hadephobia, aka Stygiophobia/Stigiophobia--a fear of hell, of being eternally damned to hell, so severe that it can debilitate the sufferer. At best, a person with hadephobia may spend most waking hours trying to decide how best to please God in order to avoid this eternal fate.

Even though I was so young, I do remember that before these events, I loved and respected God, just as I loved and respected my father/pastor, and I saw them as very similar in behaviors, motivations, and affections toward me. Now, God became a source of terror, even though my father certainly never was. If anything, the fear of God began to color my view of my father, making me afraid that failing to please one directly equated to being eternally judged by the other, a fear I had never envisioned before. Soon my mother, and then all authority figures, were swept up into the mental fray; any failure of any kind could lead me straight to hell.

DIAGNOSIS #2--Hagiophobia--fear of anything holy, including God, Saints, and sacred objects or buildings.

If God was willing to send me to hell for even small mistakes (again, the understanding of a child mind), then He was best prayed to daily (i.e. appeased), and then avoided as much as possible. Who knew when I might fatally disappoint Him? Churches were terrifying places, a truly debilitating state of affairs when your parents were full-time pastors. We were in the church house any time the doors were unlocked, even if only to clean it or mow the grass! There was no escaping the place! 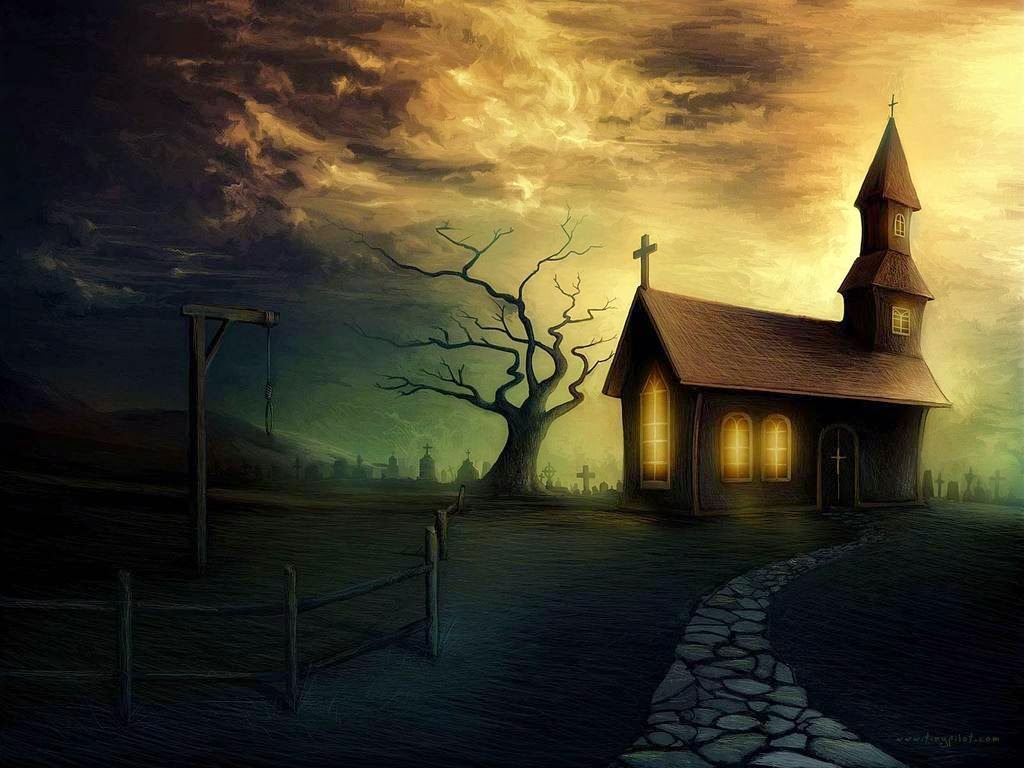 However, this fear of churches didn't develop all at once. It built up over time, compounded by a growing awareness from a very young age of another issue God was supposedly willing to smite me over--bisexual orientation. I describe it for people this way: "I discovered both boys and girls when I was three, and Jesus when I was four." Along with surety of my family's love, the fact that I had a crush on another little girl was one of the few certainties in life that I experienced BEFORE I became a believer in Christ.

By the time I hit puberty, several things about my character were set in stone:

(1) I was a Christian, by choice, but also by fear.
(2) I lived with such terrible dread of hell that I was in constant fear that I would, or already had, "blaspheme[d] against the Holy Ghost" (Matthew 12:31, Mark 3:29, Luke 12:10) (KJV). My parents had to talk me through this issue many times, and long stretches of my teen years are a horrible blur of terror when I look back on them. I didn't even want to think about the Holy Ghost, and to this day, prefer the term "Holy Spirit," because it does not engender the old fear. It's hard to love someone who you think is constantly waiting for a reason to hate you.
(3) I was gay, by birth, and living in terrified denial. I had fallen in love with a girl, and was no longer young enough to dismiss it as just one little kid being fond of another. Through one awful summer, I burst into tears every time I stepped into a church building, because I was sure God couldn't love me any more, even though I was pushing down the feelings as hard as I could and had no intention of acting on them.
(4) After so many years of fear, I was terrified to make a mistake, which leads us to...

DIAGNOSIS #4--Atychiophobia--commonly just described as "fear of failure," it is really much deeper and more horrifying than that. It is a paralysis that comes on any time I am asked to perform a new task, one in which I am not 100% certain of my ability. What if I screw up? With all this background noise of panic going on, I see every potential slip-up as another way to fail an authority figure, and if that happens, we all know what the ultimate result will be.


Only now do we reach the era of my childhood where we must add...

Psychiatrists place very strict criteria on diagnosing PTSD, and virtually all of them center around a fear of death, either one's own death, that of loved ones, or in cases of extremely traumatic events such as war, witnessing the deaths of a number of unknown people. Living through a flood, during which an entire town must flee uphill in the middle of the night before rising waters, naturally creates a certain fear of death. Being forced to watch the slow, wasting deaths of both parents also counts, for sure. All create a fear of someone else's death, and ultimately a fear of my own mortality. So, where does this leave us?

CONSEQUENCES:
I fear going to hell, therefore I fear the One who supposedly sends people there. Thus, I fear making a mistake, and naturally just freeze when something I've never done before, or something about which I don't feel totally confident, is required of me. (Imagine how much fun that makes it to try to hold down a job!) Finally, because I've seen death and people threatened by death, I fear that any medical issue could kill me, which would only send me to hell FASTER. So we start back at my fear of hell, and VOILA! One really mean vicious cycle.


Which may all leave you with one big question: Why on earth am I telling you all of this?

Honestly, I'm not. I'm thinking in print, telling myself, and finding new freedoms for the first time ever, by discovering why I'm afraid to do anything. Not just worried, or hesitant, or I just don't like doing lots of things, so I don't do them. Nope. It's so much more than that, and understanding it is the first step to overcoming it. I just put my discussion with myself here, in case any of you realize that you see some aspects of yourself here, as well.
at 4:13 PM