First off, I have wonderful news--my surgery has been moved up a full two weeks, to January 30!!!!! Thus proving once again that there IS indeed a God, & He hasn't given up caring about me.

In other news, I have begun the second book on THE LIST, & may I say that you guys certainly didn't give me a bunch of fluff to read, did you? :D "Speak", by Laurie Halse Anderson, is profoundly serious from its very first lines. If it has been as influential in YA in the 12 years since it was published as I'm hearing, then it certainly is high time that I read it. All I can say is, I'm glad that I've had enough time for my horrible memories of public school to have stopped giving me nightmares before I started reading this!
at 11:53 PM 3 comments:

Hurray! I've officially finished my first book for My Re-Education Challenge! (Please note that links to all my reviews for this challenge will be available on the Challenge homepage. Reviews of any other books I read for the year will be linked on my "Reviews" tab, as usual.) 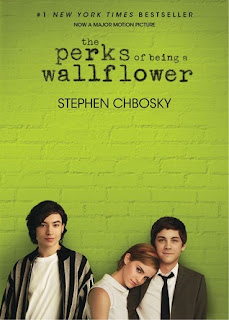 Well! We're certainly starting off the year with a bang! This book is definitely NOT a fluffy, light-hearted read. For most of my way through it, all I could think was that it reminded me of J.K. Rowling's The Casual Vacancy in its unrelenting sobriety and human tragedies, only on a smaller, less cynical scale, because this book's protagonist and first-person narrator, Charlie, is very sweet and certainly an innocent.

But Stephen Chbosky is a very talented, subtle, even sly author. I immediately felt that Charlie was a sympathetic character; before long, however, Chbosky had me truly caring about many of his characters, through the vehicle of Charlie's deep and sincere love for them. Charlie is a beginning freshman in high school, and scared about this big change in his life. He has problems the full nature of which are slowly revealed over the course of the novel, and this is another element of similarity between this book and The Casual Vacancy, touching as it does on issues of mental health.

By the time I was 2/3 of the way through this book, I could barely put it down to deal with little trifles like eating and sleeping!  It may have many of the typical hallmarks, even cliches, of an average YA "coming-of-age" tale, but it's very intelligently constructed, and is simply an interesting, well-crafted story, though NOT for the faint of heart.

On a personal note, I identified very clearly with the mental health problems Chbosky adresses, though mine began for very different reasons than those named in the book.  It was very interesting to me, even though it was also saddening, to see from the inside how things develop as a result of abuse, rather than from fear for terminally ill parents and surviving a natural disaster, which were my particular triggers for 20+ years of emotional ill health. I sincerely hope, now that this book has been made into a major Hollywood film, that it will greatly help to raise awareness concerning mental health problems in adults and especially in teenagers and children. In all their mental romanticizations about the supposed "carefree innocence of children," too many adults never realize that traumatic events have as great an effect on children as on anyone else. Worst of all, the child's suffering often goes unnoticed and therefore undiagnosed; kids may not comprehend what is happening to them, don't know how to ask for help, and frequently act out in ways and for reasons that even they don't understand. It is vital that both adults and children receive treatment as soon as physically possible after a traumatic event, because the longer the emotional wound festers, the greater the chance of serious, even irreparable repercussions.

Moreover, the stigma that our society still attaches to emotional and mental health problems--in the 21st century, for God's sake!--has got to stop. It makes it much more difficult for people to get the help they need, or to lead a normal life. Some employers are too nervous to take the "risk" of giving them a job. Mental health professionals actually have to advise their clients NEVER to mention their illness at work, for fear that an applicant might be denied or an employee fired on those grounds, even if the company would invent some other, less harsh-sounding reason for their action. As I said, I sincerely hope that this powerful book, and the very popular film adaptation of it which has now been released, will go some way toward changing the status quo.
at 12:50 AM 2 comments:

(with apologies to Simon and Garfunkel)

Oh, my dear friends, it meant so much to me to open my Blogger dashboard today and see so many votes of confidence and promises of prayers for me! It also made me feel like even more of an idiot to have to admit that *drumroll*

my damn surgery got postponed until February 14th!

And to my utter chagrin, it was all my fault.  I was supposed to discontinue one of my regular medications several days before the surgery, and just simply forgot all about those instructions until about 36 hours before I was supposed to check in to the hospital!  It has taken me this long to get over wanting to kick myself and throw things, to work up the courage to admit my utter foolishness here, especially after all your kind words in support of me.  But, I have those encouraging notes now to carry with me next month when I do finally check into the hospital, and to keep my courage up when I get nervous about the whole thing.  So thank you to ALL of you, my knights in shining armour! 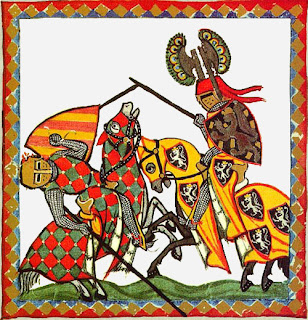 The upshot of all of this is that I'm still living with all the symptoms I've been dealing with for almost a year now, and therefore not really feeling up to blogging much. NEVER FEAR, however, because I am already plugging away at the Master List you all generously helped me compile for my 2013 Re-Education Challenge.  I'm nearly finished with the first book, already!  I'm reading them in the order in which you sent the recommendations in to me, which seemed only fair, but I also have the list available on Goodreads in a format which allows you to sort them by title or author.  I will try to put up a post when I start each book, to let you know how I'm progressing on the list, and will definitely be posting a review for each one unless some calamity strikes.  Thank you for your faith in me, and your support.  Hope you're having a wonderful 2013 so far!

The Perks of Being a Wallflower by Stephen Chbosky
at 12:53 AM 2 comments:

Beloved friends and readers, provided that my dumb mistake in forgetting one of my pre-op instructions doesn't throw everything off schedule, I'll be going into major surgery tomorrow, & thus will be absent from the internet for a few days. Never fear, however, for as soon as I am able, I am eagerly looking forward to beginning "My Re-Education Reading Challenge," attacking the Master List that you compiled for me with all my energy and gusto. Happy New Year, & be praying for me/wish me luck, please! 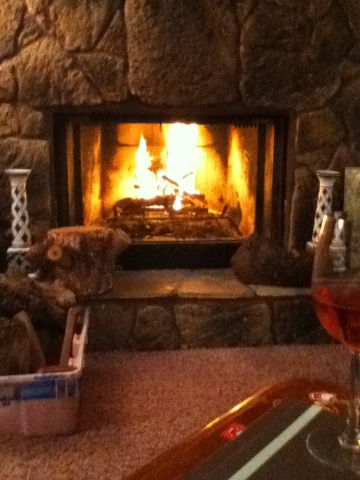