Leonard Nimoy was born into a Slavic Jewish family, who left their rural Soviet village for America.

As a child in a synagogue, Leonard peeked at a moment when everyone's eyes are supposed to be covered, because the very glory of God was being invoked upon them all, and his father told him that presence could strike any on-lookers dead.

This is what he saw the men on the podium before him doing with their hands.

In creating the hand greeting for Mr. Spock, Nimoy tapped into the Judaism of his youth, a tradition which also contains many helpful practices for dealing with the burden of grief over time. Around the world, people dedicate a special prayer to the memory of those they've lost, known as the Mourner's Kaddish (kaddish is related to the Aramaic word meaning "holy.") 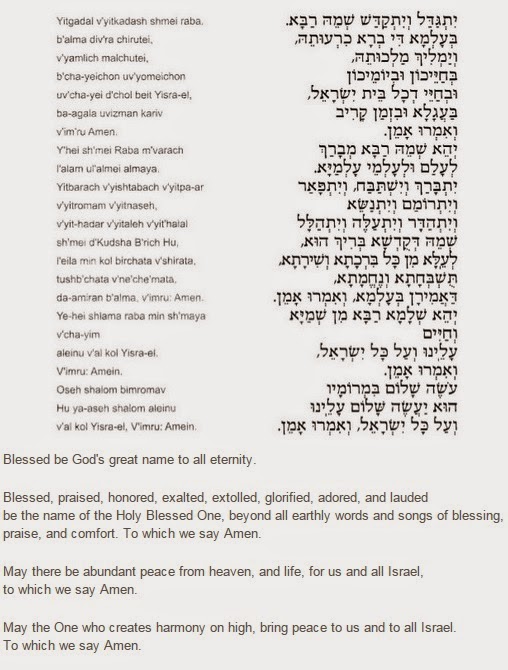 It is a litany in praise of God, and is recited most frequently for those to whom the petitioner was closest. By those criteria, millions of people around the globe will be saying Kaddish for Leonard Nimoy for many, many years.
at 5:42 PM No comments: