On Violence and Social Media

This is a collection of observations and statements I've made on Facebook in the past two weeks, in response to all the violence and madness swirling through the headlines, and the resulting ire streaming down our social media walls. I hope it helps someone. (I have provided a timeline of events to give context.) 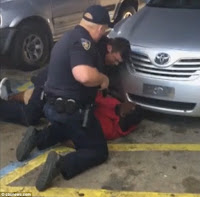 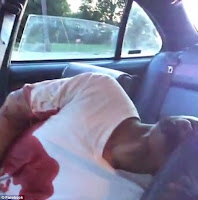 July 7, 2016 c. 12:00 pm CDT--I posted a comment on Facebook based on my first, emotional reaction to the news of Philando Castile, stating that I would march in protest if the officer involved wasn't convicted. In reply, I got a message from an old friend so angry and hateful that I took the whole post down, sent that person a private message, and after a few minutes of reflection, posted this:

I'm sorry.
Our country is so divided right now, and everybody is so angry.
I think we can begin peace by someone admitting that all sides have at least one valid point, and one genuinely good reason for their anger.
Anger stems from old hurts, and hurts get to be that old because the one who inflicted them never made amends. So, on behalf of parents, children, lovers, attackers, cheaters, thieves, entire systems of philosophy, theology, economics, government, entire races, whole species...
I'm sorry, and I love you.

Friends, I'm sorry I didn't learn this sooner:
our anger level in this country right now makes it painful for others when we share "opinion pieces" about a myriad of topics. For the foreseeable future, I'm going to TRY (because I may fail) to only "Share" positive or strictly informational things, and just "Like" things with which I agree, but which may hurt some of you. Please let me know if you can still see my "Like"s, and I'll try to change that setting. America's way too angry right now.

And then we wake to this. Police put their lives on the line for us, as do firefighters, EMS, our military, anybody who walks INTO a situation that we would naturally haul ass away from out of fear--and I honor them for that. The police have a great deal of authority in our everyday lives, and I want to be sure they are held accountable, only because I don't want ANYBODY dead. That's the whole point. Yes, ALL lives matter.

Save a friendship. Before you de-friend anybody, consider just using the tiny gray downward arrow at the right-hand side of any post [on Facebook]. It gives you a drop-down menu, from which you can choose "Hide this post." There's a lot of anger swirling around right now; don't let your friends' need to vent make you do something you'll regret.


Violence and hatred are destructive forces;
they cannot create anything except more of themselves.
Please try Compassion.
at 11:55 AM 1 comment: