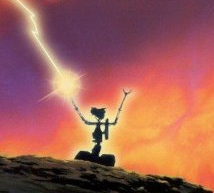 Yes, she's back, o few but loyal gang of readers!  And I feel so much better that I'd swear I've had a complete body transplant, except that if I had, and I were still this overweight, I'd be REALLY pissed!  What I have acquired instead is a personal trainer/nutritionist, and the drive to get up and change things every day.  Thank God for recovery in all its forms. When HE decides to get you well, He doesn't mess around!

The next logical question should now be, "How's the Re-Education Reading Challenge going?", especially since those of you who contributed to the reading list put a fair bit of time and thought into which books to add.  The answer is, slow but steady. According to my Goodreads challenge widget, I am woefully behind, as you might imagine, but after a month of post-surgical fog, my keen reading appetite returned to me, and so I have been faithfully plunging ahead throughout the end of March and all of April so far. I may not finish in this calendar year, but I'm not ready to concede yet--we've got a lot of year left!--and if I don't finish in 2013, I've decided to extend the project until I HAVE read them all. I feel I owe that much to the list's contributors, and to myself.  Meanwhile, I can use my laptop again, so let the reviews commence!

Another book that is certainly not light reading, Speak is the year-long journey of one girl learning to value herself, to defend herself no matter what it costs her, and to find herself sufficient company when she and the "cliques" in her high school discover they have absolutely no interest in each other.

Once again, we are dealing with the aftermath of an assault, of physical and emotional abuse, but in this book, the author rips away the facade of safety and respectability of the American education system as it currently exists.  All the million tiny opportunities afforded to abusive personalities in all-too-frequently unsupervised moments are portrayed with such poignant accuracy that it's clear the author still remembers her own high school experience with startling (and no doubt, often painful!) clarity.  Her descriptions of bullying, verbal abuse, and especially, of learning ways to hide in plain sight in large group situations such as the cafeteria, certainly resonated with me. Based on the book's brief introduction, this novel has obviously done the same for many, MANY others in the decade since it was first published, particularly for people who suffered far worse things in public school than I ever did.

Reviewers of this book often mention Laurie Halse Anderson's dry, caustic humor, with which she infuses her protagonist here, and it's a good thing she does; otherwise, this book would be so depressing that it might be impossible to finish! It's a seminal work that helped shine light on a cultural evil from which this country suffers--none of which makes it COMFORTABLE reading by any means. Just as it should be.
at 8:36 AM