For this story to make sense, you need a bit of background information (a la Dickens' "Marley was dead, to begin with"). Item 1: Maronite Christians. For those who don't know or are unsure, the Maronites are Middle Eastern Christians who more closely follow the Eastern liturgical forms and traditions than those of Western Christianity, but unlike the Eastern Orthodox and Oriental Orthodox churches, they accept the Roman Catholic doctrine of the pope as the earthly head of the church. They are quite conservative on topics like homosexuality. Item 2: my bumper stickers. I have the following combination on the back bumper of my car. 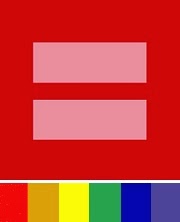 The rainbow has become a standard symbol for the homosexual community, and the red background with lighter bars stands for marriage equality, i.e. gay marriage rights. I didn't put them on my car to rub people's noses in the fact that I'm a lesbian; rather, they are there to remind me that I can say this about myself out loud and God will still love me. After a lifetime of denying my homosexuality to myself for fear that God would hate me or doom me to hell, that constant reminder is important. 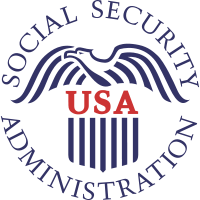 Now, on to our story. Today, I used the last pittance of gas in my car's tank to drive to the local office of the Social Security Administration, where I went through a lengthy and extensive interview, applying for benefits until I can complete some therapy, get my head screwed back on straight, and hopefully get a job. In order to get "low-income housing," one is required to have at least SOME income, and my SuperPreschooler and I cannot be reunited permanently until I have someplace for us to live. SSI would at least be an income.

After that rather humiliating experience, I pulled into the parking lots of several churches, looking for one where some member of the clergy hadn't yet left for the day. As a child, I watched my parents help countless people in myriad small ways, people who needed gas money, or food, or even a place to stay, even though we were often on food stamps ourselves and were more familiar than we ever wanted to be with government-issue cheese, powdered milk, and tinned fruit juice. I found myself reminding God of how often my family had given to others even when we had so little ourselves, and that I needed gas money urgently, and would be lucky to even make it home. The first two churches I visited were deserted for the day, and I finally pulled into the parking lot of a Maronite church. With two flaming gay bumper stickers on my car. Prominently visible.

Clergymen and women are often put in a difficult position when someone asks for financial help; they have to consider whether the person might use the money for alcohol, drugs, or some other vice they have no wish to support. As a "preacher's kid," I am familiar with the problem. The parish priest was just leaving the rectory--the house provided for him by the parish and sitting on the same property as the church--when I pulled in. I couldn't help it; I began to cry as I told him that I simply needed some gas, and assured him that I wasn't even asking for cash. Could someone please just drive with me to a gas station and pay to put a bit of gas in the tank? I pointed to my car, the bumper of which was facing directly toward us. 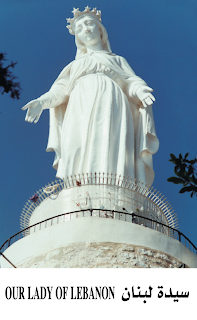 And that Eastern Catholic priest put enough gas in my car for me to go visit the SuperPreschooler on Monday, our usual day together, gave me some food, and blessed me with the sign of the Cross upon my forehead. I thanked him profusely, I asked him to remember my little girl in his prayers, as well, and I silently thanked God for honoring the good gifts my parents laid up in heaven for me by their ministry. As members of the Body of Christ, we don't have to agree with each other to love one another, but sometimes we forget that, or we fear that others will. I bless the shepherd's heart of a priest who did not forget it, and repent of suspecting that he might do so.