Indiana of All Places 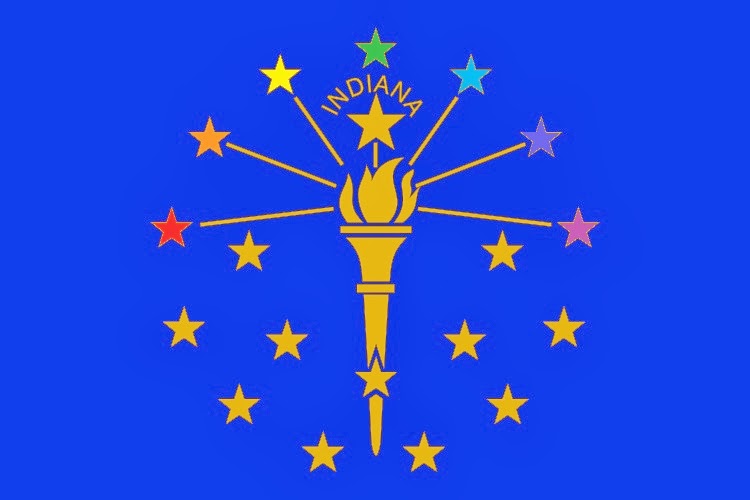 So, THIS just happened!

Yes, according to the Associated Press and LGBTQ Nation,

[f]our couples from southern Indiana are asking a federal judge to force the state to recognize same-sex marriages from other states and issue marriage licenses to gay couples.
The couples are suing the state of Indiana in a lawsuit filed Friday in federal court in New Albany that seeks to overturn an Indiana law that declares same-sex marriages void, even if another state recognizes the union.

Two things glare off the screen at me in this report.

1. New Albany, Indiana, is a 30-minute drive from my hometown. I could take you there in my sleep. Some of my best friends in the world hail from New Albany. My father's family were all originally from there. It is part of that region of Indiana which was the last place in the country to succumb to Daylight Savings Time (and I'm still pissed that we gave in on that). We are the ultra-conservative, uber-isolationists of the state, and basically of the entire country. If this issue was finally going to erupt in Indiana, New Albany--and southern Indiana generally--is NOT the place I would have expected. Indianapolis. Absolutely. But not New Albany.

2. In every single instance of a federal judge ruling a gay marriage ban unconstitutional recently--and there have been a surprising number--someone FILED A LAWSUIT. Even the most liberal of our courts do not take action on an issue unless someone has the courage to put a case before them. God bless all those willing to make themselves vulnerable before the world on behalf of us all.
at 11:17 AM