When You've Been Nice Enough

A year ago this month, I came out to myself and the world. I totally overturned my life to seek some peace and happiness, because neither my ex-husband nor I was happy, and by extension, our daughter was unhappy because she was aware of the tension around her. A lot of shitty daily life has followed those decisions, but not as a result of them. From the moment that Michael lost his job (before I made my announcement), life was going to suck for all three of us until we found some financial stability again. Despite all of that, I am better off because of one simple word--FREEDOM.


Some friends and family responded with concern that I had jettisoned everything I've ever believed in, my faith in God and my entire moral compass. That was an understandable reaction to such a dramatic "change" on my part, but it was incorrect.

Seeing me say that makes no sense to those who consider homosexuality and Christianity to be irreparable enemies, but now more than ever, it is the only mechanism I have left by which to guide my life. My declaration wasn't me thumbing my nose at God and all humanity; it was me finally being honest, and accepting that God preferred that I do so. Lying to myself for so many years literally damaged my mental and physical health, and lying to God is just a ridiculous myth we tell ourselves to keep secret things our own minds can't process. I haven't changed. I just started telling the truth.

I spent my life up to that moment trying to be a "nice girl," trying not to offend anybody or shock anybody or appall anybody. I've always been "odd" by the standards of the place in which I was raised, and I've always been blunt enough to embarrass my loving mother at times. But my father was my pastor, my mother was the church piano player, and I had a lot to live up to. Moreover, at various times in my life, my family and I lived in houses owned by the churches he pastored; the very roof over our heads depended, at least in part, on my and my brother's behavior meeting with the approval of the parishioners. By the time my father had to retire from ministry because of several heart attacks, I was in college, and the pattern of trying to behave was so ingrained in me that I was afraid, every waking and sleeping moment, of screwing up and pissing God off. I'm done. 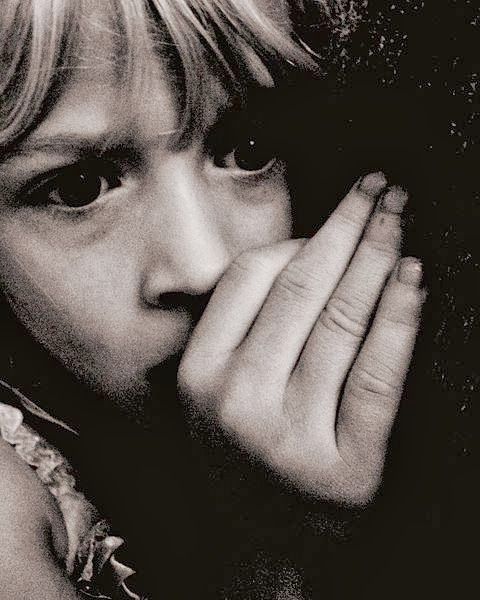 God doesn't use fear on His children.

"There is no fear in love; but perfect love casteth out fear: because fear hath torment." I John 4:18

I don't know who I pleased by living in constant fear, but it wasn't God by any Biblical definition; I don't know if it was pleasing to anybody. All I know is that I did what everyone said was the ideal--I didn't have sex until I got married; I didn't taste alcohol until I was almost 30. I've still never smoked anything, not a single cigarette, let alone anything more "recreational." My marriage was a disaster, and there are much worse things in life than having a glass of wine. Like the torment that the verse above describes. And believe me, for a long time and in many ways, my life absolutely was torment.


I was too afraid to write what I wanted to write, to say what I wanted to say, to pursue "the desires of my heart." I gave up the best thing I've ever found because I was afraid that God would damn me to Hell if I didn't. I was terrified that I would let down my parents, my extended family, my dearest friends--even the ones who were rooting for me to stop living in fear--but most of all, I was terrified of God. If God is a Father, it made no sense for me to remain so horrified by Him; my own father didn't scare me, so why should He? And when I didn't die from the five surgeries performed on me a year ago this month, He finally got that through to me. He knows me as I am, and He loves me as I am. He doesn't hate me, as I dreaded that He would if I was honestly myself.

No one needs to agree with that, or even understand. It's just my declaration of independence.