A Few Facts About Fibonacci

The Man of Numbers: Fibonacci's Arithmetic Revolution
by Keith Devlin

I will freely admit that before reading this book, the only thing I knew about its subject was the famous "Fibonacci sequence" or "Fibonacci numbers," but for the record, I would like it to be noted that I knew about them LONG before Dan Brown launched The Da Vinci Code against the defenseless public.

So I learned a great deal while reading this one, and actually found it very interesting. First off, the man's name was actually Leonardo Pisano filius Bonacci, "Leonardo of Pisa, son of Bonacci," and "Fibonacci" is a contraction of the final phrase.  Obviously, the brain adjusts quickly to the author consistently referring to his subject as "Leonardo," but for the first few pages, I frequently thought, "Who?!", and had to reset my mind. 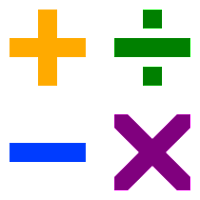 Secondly, despite what the subtitle might suggest, Devlin is very clear about the fact that Leonardo Pisano did not invent modern arithmetic. In this work, we travel through an overview of the development of our basic numeral system, i.e. 0 1 2 3 4 5 6 7 8 9, as it evolved in India, Persia, and the Arabic-speaking Middle East. We then encounter Leonardo, the son of a merchant from Pisa, whose father brought him along to a post in Islamic North Africa. There Leonardo first encountered the calculation systems that would evolve into algebra, geometry, and the four basic functions of modern arithmetic. Having finished his apprenticeship in mercantile trade, Leonardo brought these concepts back to Pisa, published them in a book designed to be accessible to other members of the merchant class, and quietly ignited a revolution in the mental structures of medieval Europe.

I felt that Keith Devlin overemphasized the need to prove his assertions about Leonardo a bit, but it was at least a refreshing change to read such a work from a scholar, who felt the need to offer some support for his work, rather than someone who provides enormous, fulsome statements as fact. I didn't understand every word of this book--anyone who knows me can testify that I am certainly no mathematician!--but I certainly came away with a knowledge of how much the Western world owes to one medieval thinker who became the conduit for math to countless generations.
at 1:09 AM