PTSD and Fumbling, or Homeless 3 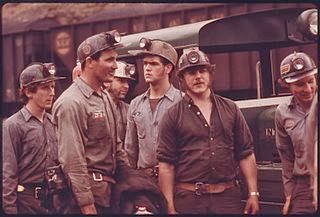 Well, gang, I just finished my first 2-hour volunteer shift at the Lakewood Branch of the Jefferson County Public Library. I know the accompanying picture hardly seems appropriate to many of you, but to me, coming here today was terrifying, overwhelming, though it was a piece of cake once I signed in and got started. Let's break this whole thing down a little.

I know that I've mentioned Post-Traumatic Stress Disorder often on this blog, and some of you may be wondering what that actually works out to be in everyday life. (I've covered this material before, but I thought an update might be helpful.) We've all heard of it, of course, ever since WWI when it was first discovered and labeled "shell shock," and most of us still associate it with warfare. "Oh, yeah. That's what the Vietnam vets all came back with, right? Some kind of mental problems because of everything they saw and lived through over there? Poor guys. It's not surprising that would mess somebody up!" But men and women who have seen combat are not the only people who can develop PTSD by any means; even children suffer from this condition, if they have lived through something so horrifying that it permanently scars their psyches. Prolonged verbal, emotional, physical or sexual abuse often cause children to develop PTSD, and rape victims, witnesses to violent crime or suicide, and survivors of terrorist attacks commonly suffer from this disorder, as well.

However, there need not be any violence or abuse for a person to develop PTSD. Any event that is so horrifying and traumatic that the brain is forever marked by it can trigger the condition. These include natural disasters, and enduring prolonged illness oneself or watching a loved one slowly die of a terminal disease. In my case, the combination was a flood in English, Indiana, in 1991, where my family was living at the time, my mother's diagnosis with lupus, and a heart attack which left my father with only 20% of his heart muscle still functioning, after which my parents finally died by slow stages in 2011 and 2007, respectively.

The symptoms of PTSD vary and manifest themselves differently in people, but I'll give you the run-down on my own situation at present, since I'm the one doing the blogging here.

This is exactly what it sounds like; I may have trouble falling asleep, and when I get there, I wake up several times a night, feeling as if something isn't quite right with the world, and lie there trying to fall back to sleep, sometimes for several hours. As you  might imagine, this can have a negative affect on efforts to hold down a job.

When I do sleep, I will likely dream about my parents, their illnesses, their absence, the gaping holes it left in my life when each of them died, and how desperately I still wish I could talk things over with them sometimes. Not often, but occasionally, I dream about the flood, as well.

During my waking hours, any or all of these may visit me, the difference between the three being (1) totally unnecessary but very real feelings of absolute terror, as if a lion is staring me down with a very hungry look in his eye and I can't decide if running would help; (2) just generally feeling nervous, as if something terrible but completely undefinable is wrong with my world, which may not sound too bad until you do it for hours at a time; (3) the inability to care about the most basic things, like making sure I've eaten something in the past 24 hours, coupled with a debilitating sense of exhaustion and feeling absolutely overwhelmed by the thought of doing pretty much anything.

I don't suffer with this one as often as I do the others, but it has been disturbing me lately, probably because of my fears about my impending homelessness if I don't find some place to stay before my deadline of January 17th. My dear friend and current roommate pointed out to me the other evening that I was jumpy and responding more strongly than necessary to noises that happened in other rooms of the house or of the bar we were in. This is hypervigilance--constantly, and unnecessarily, being on the alert, a sense that at any moment, I may be called upon to leap into action to deal with a crisis. When I was an undergraduate, I once got a phone call in the middle of a Hebrew exam because my father had been taken to the hospital, AGAIN. It took me years to cease being terrified every time I heard a phone ring or an ambulance siren drive by anywhere near me.

SO,
as I contend with all of that, is it any wonder that the thought of re-entering the workforce is overwhelming to me? Hence, the volunteering at the library. It's a "job" in the sense that I am expected to be at a certain place, at a certain time, to remain there for a set period of hours, and to engage in assigned tasks while there. This is a baby step, sort of practice for getting my mind used to working again, since I can simply walk out of a volunteer position if I suddenly develop a panic attack or what have you. Therapists call this "desensitization" or "exposure," allowing the mind to get used to an experience, see that nothing bad happens, and stop producing disturbing thoughts or fears just because I enter a "job" situation.

I'm doing library work here. I got my first paid job ever at my hometown public library when I was 16. I've worked in the largest library on the campus of Indiana University, both in collection maintenance and for the Middle Eastern Studies librarian. I could do library work in my sleep, and on occasion, when I pulled an all-nighter getting a paper written, have at least been among the walking dead while working in the stacks. As soon as I stepped into this peaceful, cerebral environment today, allowed my beautiful books to envelop me and began shelf-reading (making sure books were in the right order), the world made sense again, and I belonged. That didn't stop me from being terrified on the drive here. 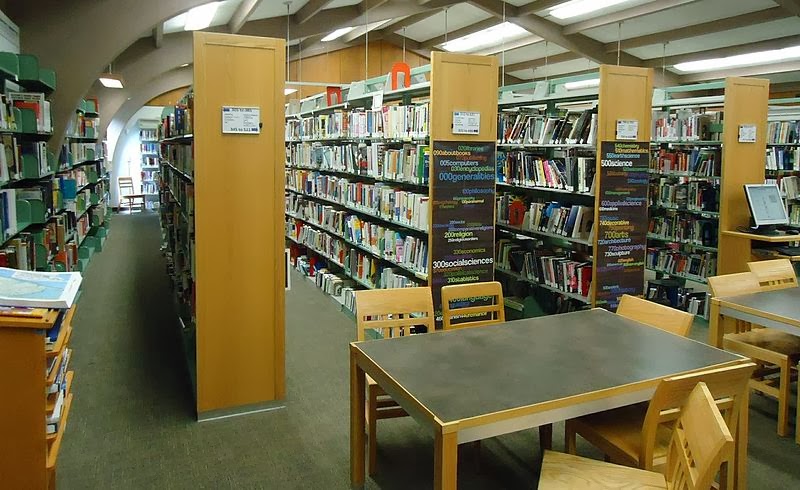 BUT,
despite initial terror, I completed my two hours without incident, during which time I shelf-read one side of an entire row of non-fiction. For the uninitiated, I can assure you that is pretty quick work, and I felt quite pleased with myself to know I've "still got it." It was a minuscule step toward wellness, toward working again, toward getting established and back on my feet and not being homeless any more, but it WAS such a step, and it scared me, and I did it anyway. And dammit, I'm proud of myself.
at 2:16 PM