Read Your OWN Damn Library! 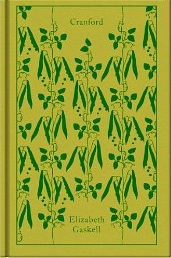 So, the book project is coming
along--sllloooowwwwwllllllyyyyy.  First, I read Cranford by Elizabeth Gaskell.  The purchase of this book was kind of frivolous, I must confess; for a while now, I've wanted to start my collection of the Penguin Classics Hardcover set (they're pretty!), and this seemed a likely place to begin.  It felt a bit like cheating to read this one first, because I bought this book just a few months ago, so I was still "in the mood" to try it, if you know what I mean.  Still, it was a good entree to my "Read Your Own Damn Library!" adventure.  If you saw the miniseries of Cranford on PBS, let me tell you that the book, predictably, is better.  Less melodrama, more humor, and more of the matter-of-fact of everyday life.  I liked the miniseries IN SPITE of its dripping tragedy.  I just liked the book.  Period. 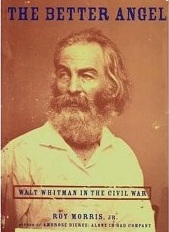 Next came The Better Angel: Walt Whitman in the Civil War, a buy that fit in much more with the spirit of the project.  I bought my copy of that one in 2008 at the Jefferson County Friends of the Library booksale in Colorado, when Michael and I were living near Denver.  I've had a love/hate affair with Walt Whitman ever since I saw the movie Dead Poets Society at the age of 11.  (If you don't understand how that film connects with Walt Whitman, you REALLY need to see the film.  It is by far Robin Williams' finest hour, with the possible exception of Good Morning Vietnam.)  Walt Whitman's most famous collection of poems, Leaves of Grass, is basically all about the brash self-aggrandizement of a young genius who has not yet learned to channel his gift into something that will benefit mankind (in my not-so-humble opinion), rather like Orson Wells and Citizen Kane.  The Civil War infinitely humanized Whitman, and his best work is the post-Civil War project, Drum Taps.  The author of The Better Angel, Roy Morris, Jr., seems to totally agree with this assessment, which of course means that I enjoyed the book hugely, =0) !  However, it was also informative, as I had never realized that Walt Whitman was a flaming homosexual.  This was an eye-opening read, a page-turner that I hadn't expected would be a page-turner when I picked it up. 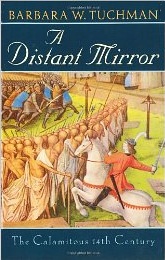 The current read-in-progress is A Distant Mirror: the Calamitous 14th Century by the late Barbara Tuchman.  This woman is an inspiring figure for me, a self-taught historian who literally changed the way history is written ever since the mid-20th century, largely through this particular book.  To my undying shame, however, I have never actually read the ground-breaking book before, so I have set my hand to the plow, as it were, and am determined not to look back until I have completed the task.  It's slow going, I admit, with lots of re-re-re-re-re-re-reading Harry Potter to break up the non-fiction seriousness.  This is not because Tuchman's writing style leaves anything to be desired; on the contrary, she is brilliant--humorous, engaging, and great all-round entertainment value, as well as a first-rate historian, despite the poo-pooing of stuffed-shirt professional historians of an earlier age.  Nevertheless, she's writing about the age of the Black Death, and it can be heavy reading.  This book is roughly 700 pages.  Reading 700 pages of Harry Potter and reading 700 pages of the Plague are VERY different experiences.  Updates forthcoming.
at 2:56 PM