Music to Feed the Soul 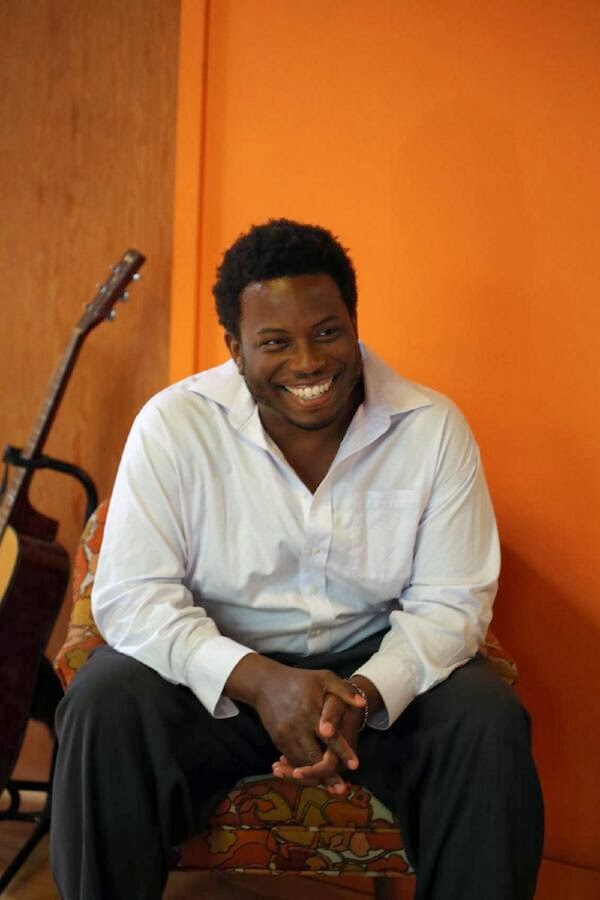 My goodness! Isn't my little blog becoming culturally literate? As regular readers will know, last week we began a weekly showcase for the work of a featured artist, and now I can proudly announce that a featured singer/songwriter/musician has come aboard, as well!

Quinn DeVeaux has been a dear friend since we were freshmen in college, and over the last several years, the extraordinary blend of sounds which he has termed "Blue Beat" has become a staple of live performance venues all around his adopted city of Oakland, California, and the wider Bay Area. He has also released several albums, appeared at clubs and festivals across the western half of the country, and been featured by no less than the great Dan Aykroyd--last remaining Blues Brother--on Aykroyd's radio show, "The BluesMobile with Elwood Blues" as the favorite new song of the week. Quinn performs solo, as well as with his band, the "Blue Beat Review," and has collaborated with some very talented artists on duet projects.

This week, Quinn instituted a new monthly feature on his YouTube channel, the "7th of the Month Series." Each month he will be presenting a new video for one of the tracks on his two latest releases, the solo album, Late Night Drive, and Originals, with the Blue Beat Review. The Beauty of Eclecticism will feature each installment of this series on the 7th of each month, and I hope you will all pop over and enjoy some soul-nourishing music. Additionally, the tab labeled "7th of the Month" in the bar above contains links to the complete series (updated monthly), plus a selection of some of my favorites, and ways to purchase Quinn's albums and follow his work through social media. This month's video, the first in the series, is "Good Thing," which appears on Late Night Drive.
at 9:34 PM

Email ThisBlogThis!Share to TwitterShare to FacebookShare to Pinterest
Labels: 7th of the Month