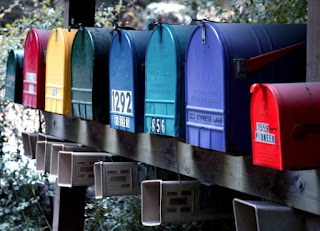 Mailbox Monday is a traveling meme, of all things, originally founded by Marcia from A Girl and Her Books and now on a permanent blog tour.  Different book bloggers host Mailbox Monday each month throughout the year, and as I jump on this bandwagon for the first time, it is currently being brought to us at Let Them Read Books.  The delightful point of the exercise is to share your latest acquisitions with an audience who can understand and appreciate your enthusiasm, not to mention that you can occasionally arouse just a tad of envy.  Library books don't count, but audiobooks and e-reads are welcome.

All my incoming this week consisted of e-books.  First, I received Surprised by Oxford through Booksneeze. It is a highly cerebral "coming of faith" spiritual memoir by Carolyn Weber, and I'm anxious to read it in large part because I'm looking forward to getting an inside view of the famous university.

The other two books I received this week were from Netgalley.  It was the first time I've ever had a request approved there, so I was pretty excited about it.  The Crown by Nancy Bilyeau is a historical novel set during the insanity of Cromwell's England.  I am always a sucker for good historical fiction, especially when set in the Sceptered Isle, so let's hope this one turns out to match that description.

Finally, House of Stone is a book which I hope will be a powerful if saddening read.  Here is its blurb for your consideration.

Last spring, when Anthony Shadid—one of four New York Times reporters captured in Libya as the region erupted—was freed, he went home. Not to Boston, Beirut, or Oklahoma where he was raised by his Lebanese-American family, but to an ancient estate built by his great-grandfather, a place filled with memories of a lost era when the Middle East was a world of grace, grandeur, and unexpected departures. For two years previous, Shadid had worked to reconstruct the house and restore his spirit after both had weathered war. Now the author of the award-winning Night Draws Near (National Book Critics Circle Award finalist, Los Angeles Times Book Prize) tells the story of the house's re-creation, revealing its mysteries and recovering the lives that have passed through it. Shadid juxtaposes past and present as he traces the house’s renewal along with his family’s flight from Lebanon and resettlement in America. House of Stone is an unforgettable memoir of the world’s most volatile landscape and the universal yearning for home.

Have you ever taken a university degree with which you then proceeded to do virtually nothing?  Thus far, that very accurately describes the Master of Arts I hold in Middle Eastern studies.  Be that as it may, I gained an untold wealth of information and made life-long friends, and ultimately would not have converted to the Eastern Orthodox Church without becoming better acquainted with the Near East.  I watch current events in that region closely, and there certainly have been some extraordinary events to watch in the past few years!  With the death of Muamar Qaddhafi, the once tightly-closed country of Libya is undergoing exciting but unnerving upheaval.  I look forward to reading Anthony Shadid's take on recent developments, especially since they strike so deeply personally for him.

That's my haul for the past week.  May your holiday mailbox be merry, bright, and full of lovely books! 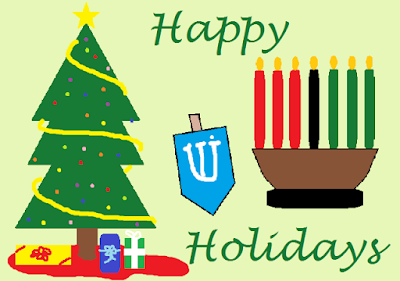