Now that's just crazy talk!  I know, reading is supposed to be a HOBBY practiced for ENJOYMENT, and yet, somewhere along the way--I suspect college was the prime influence--reading became a means to better one's self, to expand intellectual horizons, and grow as a person, and a whole bunch of other pretentious twaddle that they teach you as a grad student.  Reading definitely CAN expand your horizons, and I wish more people in this country would occasionally educate themselves on topics they prefer to simply rant about instead.  That doesn't change the fact that everybody needs a little fun in their day; otherwise, we'll all just become pontificating "talking heads."


Now, having attempted to justify my own insanity, let me tell you about the latest reading challenges that have sucked me in.  Ah, the things we do for the Bonds of Bloggerhood!  Or at least, that's my story and I'm sticking to it.  What actually happened was that I found out a friend of mine is hosting two challenges, and in reading over her requirements, I realized that I've signed up to read a LOT of very ponderous, heavy, serious material next year, and could use an injection of FUN in my reading.  Enter the 2012 Just Contemporary Reading Challenge! 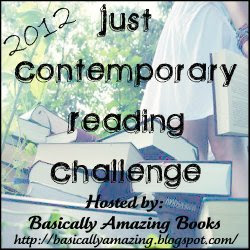 "But wait, there's more!"  (A moment of silence, please, in memory of Billy Mays.  Ok, done with that now.) 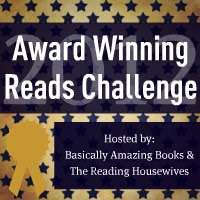 Ashley at Basically Amazing Books is hosting the Just Contemporary Challenge, and is co-hosting the 2012 Award-Winning Reads Challenge along with Jasmine and Jacinda, The Reading Housewives of Indiana.

Once upon a time, when I was a rabid fundamentalist, I discovered a wonderful series of YA books by Louise Rennison known as "The Confessions of Georgia Nicolson".  If I were to tell you that the first volume of the series is entitled Angus, Thongs and Full-Frontal Snogging, I think you could understand why I might choose this series as my fun read for 2012!  There was only one small problem with my last attempt to read them: something (I'm not even sure what now) offended my delicate fundamentalist sensibilities, and I gave up on it.  Now that I am no longer so easily "spooked," I mean to go back to that series and have some fun.

And just in case you were thinking to yourself, "That's all well and good, but what about the other challenge?  'Award-winners' are usually pretty somber reading"--would you believe that Angus, Thongs and Full-Frontal Snogging actually counts for that challenge, too?  It was a Printz honoree.  Who said "critically-acclaimed" had to mean "boring"!  But, since the sequels were not inducted into such august company, I'll be reading a few other award favorites.  The list is as follows:

1.  Angus, Thongs and Full-Frontal Snogging
2.  On the Bright Side, I'm Now the Girlfriend of a Sex God
3.  Knocked Out by My Nunga-Nungas
4.  Dancing in My Nuddy-Pants
(in other words, books #1-4 of "The Confessions of Georgia Nicolson")
5.  13 Little Blue Envelopes by Maureen Johnson

1.  Angus, Thongs and Full-Frontal Snogging (Hurray for double-dipping!)
2.  The Evolution of Calpurnia Tate by Jacqueline Kelly (which will be a Victory Garden win!)
3.  Where the Mountain Meets the Moon by Grace Lin
4.  Princess Academy by Shannon Hale
5.  The Disreputable History of Frankie Landau-Banks by E. Lockhart

So, 10 more books?  Yep, I'll never get all these books read, will I?  Oh, well.  I'm just having too much fun choosing books with pretty covers and intriguing titles!
at 10:02 PM