Another Day, Another Reading Challenge

You know, I think I'm starting to get the hang of this reading challenge thing!  The trick is to find the challenges that reward you for doing things you were already going to do, and have always done on a regular basis, anyway!  It's like having the tooth fairy leave you gold coins for things like breathing consistently and blinking a lot. 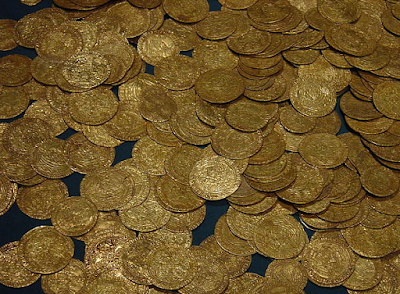 Anyway, I am REALLY excited about this latest challenge.  To use a disgusting cliche from some annoying macho movie, the name of which now escapes me, this is the challenge I was BORN to do!  As most of you know, it is just possible that I am a wee bit of a raging, hard-core ANGLOPHILE!  *composing myself*  So, when I discovered the British Books Challenge 2012, I could just have died and gone to Heaven right then.  I mean, the abbreviation for this challenge is BBC!!  Does anything in a book blogger's life get any more awesome than that?  And it turns out, the answer is YES. 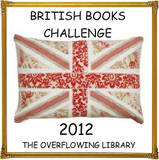 For you see, our delightful host at The Overflowing Library assures me that double-dipping is absolutely permitted in this challenge, and let me tell you, I have a LOT of British reads mixed into the pile of my already-overcommitted 2012 challenges!  Now, someone is going to let me enter all sorts of awesome giveaways and give me a bunch of pretty challenge buttons just for indulging in one of my favorite strange obsessions--Brit-O-Mania!  Life is good.

Here is the list of books I have ALREADY committed to reading next year that were written by British authors.

1. Angus, Thongs and Full-Frontal Snogging
2. On the Bright Side, I'm Now the Girlfriend of a Sex God
3. Knocked Out by My Nunga-Nungas
4. Dancing in My Nuddy-Pants
5. Away Laughing on a Fast Camel
(all the above by Louise Rennison)
6. The Colour of Magic by Terry Pratchett
7. Mansfield Park
8. Northanger Abbey
(both by Jane Austen, obviously)
9. Ecclesiastical History of the English People by the Venerable Bede
10. Beowulf
11. History of the Kings of Britain by Geoffrey of Monmouth
12. Le Morte d'Arthur by Sir Thomas Mallory
13. Sir Gawain and the Green Knight
14. King Solomon's Mines by H. Rider Haggard
15. Dracula by Bram Stoker
16. The Picture of Dorian Gray by Oscar Wilde
(Both of the authors immediately above were Irish, but during their lifetimes, Ireland was still a part of the United Kingdom, rather than a separate Republic.)
17. The Strange Case of Dr. Jekyll and Mr. Hyde by Robert Louis Stevenson
(Stevenson was Scottish, but however much I might bemoan the Act of Union, it occurred long before he was born, meaning that while he was not English, he WAS British.)
18. The Invisible Man by H.G. Wells
19. The Memoirs of Sherlock Holmes by Sir Arthur Conan Doyle
(also Scottish)
20. Arabella by Georgette Heyer
21. Jane Eyre by Charlotte Bronte
22. North and South by Elizabeth Gaskell
23. The Secret Garden by Frances Hodgson Burnett
24. They Came to Baghdad
25. The Sittaford Mystery
26. Why Didn't They Ask Evans?
27. Death Comes as the End
28. Crooked House
29. Destination Unknown
30. Ordeal by Innocence
31. The Listerdale Mystery
(all by Agatha Christie)
32. Whose Body?
33. Cloud of Witness
34. Unnatural Death
35. Lord Peter Views the Body
36. The Unpleasantness at the Bellona Club
37. Strong Poison
38. The Five Red Herrings
39. Have His Carcase
(all by Dorothy L. Sayers)

I told you I was a bona fide, certifiable Anglophile, didn't I?  If we include Harry Potter, which I usually re-read at least once a year, I'm very close to the ultimate 50-book level on this challenge.  We'll see if I make it to that point, but either way, that's a LOT of British reading.  It warms the cockles of my heart just looking at that list.