I truly love my native language.  Despite all its foibles--which I have been known to deplore loudly and often--and its many quirks and oddities, English sometimes seems to be the only subject I have ever studied that I genuinely, inherently and instinctively understand.  We've been through a great deal together, my native language and I, but it never ceases to offer me new surprises.  I certainly got a few this week.  So, once again, we observe Wondrous Words Wednesday, and discuss the hidden gems in "the tongue that Shakespeare spake" (Rumpole taught me to love Wordsworth with phrases like that one).

morganatic--A morganatic marriage is one which takes place between someone of noble or exalted birth and a spouse who is below their station.  This would not have surprised me at all if I'd stumbled across it in a historical novel or a history of medieval Europe.  I wasn't expecting to find it in a description of HRH Prince Charles' 2005 marriage to Camilla Parker Bowles, now HRH Camilla, Duchess of Cornwall.  If you've read much of this blog, you know I'm a pretty big fan of the royal family, and certainly not in favor of throwing out traditions without good reason.  But good grief!  In 2005!  We are actually still discussing people marrying below their station in the 21st century.  What utter nonsense. 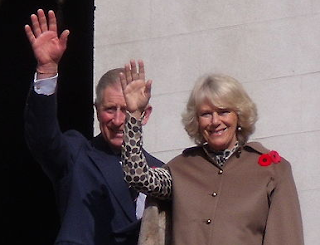 levirate--I've known this word for a long time; I didn't grow up the daughter of a Pentecostal preacher for nothing.  "Levirate marriage" is the name for the type of marriage mandated in the Old Testament if a man should die without producing any children.  The dead man's brother was required to marry his widow until an heir was finally produced, even if the widow had to work her way through several brothers in order to have a child.  What I didn't know was the etymology of the word.  Until yesterday, I had asssumed that "levirate" was the Anglicized form of some Hebrew or Aramaic term, probably having something to do with the priestly line of Levi.  Yeah.  Apparently, "levir" is the Latin word for "brother-in-law."  Overthink much there, Jennifer? 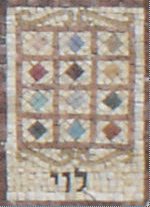 trepanning--Refers to a nasty ancient custom in which physicians drilled holes in a patient's skull to allow evil spirits to escape and hopefully heal whatever was killing him or her.  I have to assume that at least some of the time, this type of treatment was warranted, because of pressure on the brain.  Our ancient ancestors stumbled on the right answer more often than we give them credit for.  Still, I'm pretty sure this practice killed many more people than it ever helped, like the leaches and bleeding pans that lasted far longer than they ever should have done. 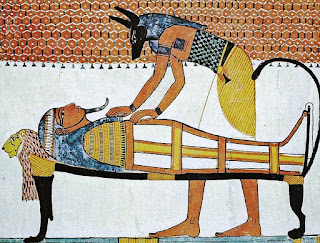 Well, that's my mixed bag of weirdness for this week.  I don't know that any of them are wondrous, but at least they're entertaining in a macabre sort of way!
at 2:36 AM