The Saints Go Marching Into My Inbox 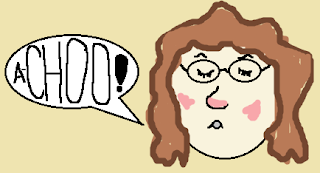 WARNING:  I am writing this through the almost impenetrable haze of one nasty head cold.  If I say something incoherent, everyone please take pity on the poor, afflicted blogger. 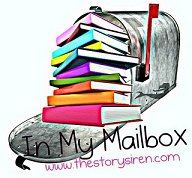 My inbox had a pretty good week, at least by my standards.  First off, our delightful friends at Amazon sent me two books I've been wanting to own for quite a while, and all I had to give them in return was money.  Has anyone else noticed that one of the weirdest parts about being the Mom is that you now buy your own Christmas presents, and buy them well in advance, because you also handle the budget?  My Amazon haul this week was part of my 2011 Christmas presents.  At least this way, I'm guaranteed to get things I want.  (Amazon also sent me presents for Brigid the SuperToddler this week.  November will be "buy for my sweet, Good Man, Michael" month.) 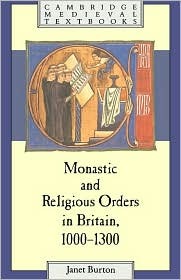 Monastic and Religious Orders in Britain, 1000-1300
by Janet Burton

I have literally wanted to own this book for at least 15 years, ever since I first spotted it in my hometown library (a hometown I don't even live in anymore).  I got it used for $15, some $30 less than its retail price.  What can I say?  Textbooks are expensive, and I'm a sucker for a good reference on medieval monasticism.  I know; I'm strange.  I've learned to embrace my inner Geek. 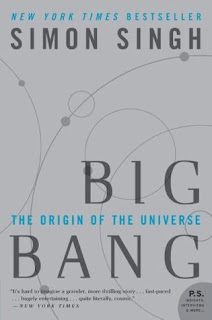 Big Bang: The Origin of the Universe
by Simon Singh

About a year ago, I decided that I wanted to improve my knowledge of science, and I figured I'd start where I knew I had gaps, i.e. anything that had to do with Darwin's Evolutionary Theory, or the Big Bang.  Raised as a fire-breathing Pentecostal, and educated in a frighteningly conservative Evangelical high school, I spent more time in my science classes learning how to empirically prove that Noah's Ark is still sitting on some part of a mountain in modern-day Turkey than I ever did on issues like the Big Bang, which was rejected in one or two self-righteous and highly dismissive paragraphs in our text books.  Though I am still a determined Christian, I no longer believe that anything said by a trained scientist must, perforce, be in error, so when I found this book in my local library, I decided it was an excellent place to start.  I enjoyed it thoroughly, but had to take it in small doses, and before I was even 2/3 of the way through, I had to return it or the library was going to put out an APB on me, I'd had it so long.  In other words, this book eventually defeated me, and when I finally finish my brand spanking new copy of it with its shimmering, silvery cover, I am going to gloatingly plant it in my Victory Garden as one of those books which did not, after all, get away.

Now then, as for books which came to me free for review, I finally got two of those long-awaited beauties, as well, which made my week quite a cheerful place. 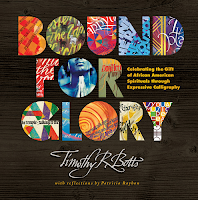 Bound for Glory: Celebrating the Gift of African American Spirituals Through Expressive Calligraphy
by Timothy R. Botts and Patricia Raybon

This book is exactly what the subtitle describes it to be, so there is little more to say except that it is, as you can probably guess, a coffee table book, and therefore it did not take long to read and review it.  Also, that it came from Tyndale Press, and that I liked it pretty well.

And last but absolutely not least (in as much as I've read of it thus far, anyway), a book I've been anxious to read since I first heard about it a few weeks ago.

As regular readers of this blog already know, I am an Eastern Orthodox Christian.  Dostoevsky, being a Russian Christian and quite devout for the majority of his life, was also Eastern Orthodox, so when I found out that an Evangelical publisher (in this case Thomas Nelson) had issued a biography of the great author and was offering it for free in exchange for a review I jumped at the chance.  When I first became Orthodox nearly seven years ago, I went into a very well-known Evangelical bookstore one day, because I was shopping with my mother and she wanted to stop there.  Just to get a feel for how inter-denominational relations were going between us and the Evangelical community, I asked a shop assistance if they had any books on Eastern Orthodoxy.  To my surprise, she said, "I think we may have one or two over here."  I was about to be quite impressed, until I realized that this college-age girl was leading me toward the section on CULTS, at which point I said, "Um, I meant, did you have anything POSITIVE about Eastern Orthodoxy."  She seemed baffled by that idea, and replied, "No.  If we have anything, it will be in this section."  After that, I think you can imagine why I was pleasantly surprised to see Thomas Nelson Publishing openly admitting that Fyodor Dostoevsky was actually a Christian at all!  I'm enjoying the book so far, and can't wait to finish it.﻿
at 11:26 AM