Do Not Drive While Confused 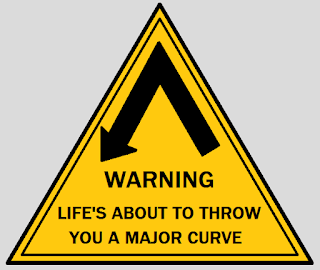 Sometimes, I really wish life came with warning signs or alarms or something.  A heads up the night that Brigid got croup last winter would have been helpful, or some sort of advance warning that later in the day, my then brand-new car would be in a minor fender bender back in 2006.  I'm a plan-it-out kinda girl, and spontaneity on any subject larger than what I'll eat for dinner and when I'll eat it usually causes me an inordinate amount of anxiety.

I'm not sure if this is because of all the blind corners my life has come up with over the years, or if I've always been like that, and the unpredictability of my life just makes that tendency in me humorously ironic.  Either way, I spent most of my childhood thinking we were settled someplace, until my parents suddenly realized that it was time to make some major change in our lives--job, house, car--only when the car's engine locked up, they were no longer physically able to do the jobs they had, or the house we were renting got sold out from under us.  (Actually, that's happened several times to members of my family.)  In one notable instance, we decided a relocation was in order when the town we were living in got flooded; though the water didn't come up into our house, it loosened the supports underneath to the point that the floors began bowing and the whole house began inching its way down a low hill.  Yeah, I'm kind of beginning to see why I'm on a neverending quest for stability.

But, we won't have any of it back in stock around here any time soon.  Michael's job--which is a government subcontract--ends in 18 months at the most, and the great migration away from this area has already begun for those whose contracts ended earlier than his.  This means, of course, that any new friendship I make over the next year, any new store or restaurant I discover, any new hobby I take up that involves resources from this area, will have a bittersweet tinge to it from the moment it begins, as I hear the giant relocation clock always ticking in the back of my mind.  I'm choosing not to even consider the current state of the job market, or I'd spend the next year or more worrying over something that I can't change, since it's Michael who'll be filling out the applications and some faceless person in Human Resources somewhere who will be making the hiring decisions.

You know what?  It's all depressing me today, and there's nothing I can do about any of it except try and be the best wife and mother that I can, so for the moment I think I'll go watch some Star Trek: Enterprise while the rest of the house is sleeping.  "Peace, and long life."  Now you say, "Live long, and prosper."  Thanks; I'll do my best. 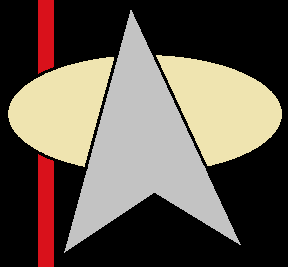