After yesterday's post, you're probably all in agreement with me that I needed something to lighten my mood today, and boy, did I get it.  Yes, friends, I ... have seen ...

I got my letter from Hogwarts today!  I have officially been accepted!  And I am here to dish on how the experience looks so far.

First off, what it isn't.  This is not a role-playing game; you will not see an avatar of yourself moving around on screen or anything.  It's not truly a video game of any kind.  Instead, it is an interactive companion guide to the Harry Potter books, and as they tell you in the introduction, you'll probably enjoy it most if you're in the midst of reading the books while you're traveling through it.

As such, it's not highly action-packed, and some of the other early birds who've been let in to test it were clearly disappointed, as they wanted to take on tasks similar to those you'd encounter in a PC fantasy warfare game.  Each chapter of each of the seven books is represented on the site, with scenes highlighted from each with BEAUTIFUL graphics, and hidden items that you can collect scattered throughout the landscape.  You can actually visit Diagon Alley, though you can't go inside the Leaky Cauldron or Florean Fortesque's Ice Cream Parlor, about which I was disappointed.  You're given a set amount of gold galleons in a vault at Gringott's, and you must buy all the necessary supplies while in Diagon Alley, before you set off on the Hogwart's Express.  You will even be matched with your own wand--mine is "Black Walnut and Unicorn Hair, 10 inches, unyielding"--and there are enough possible combinations that your wand will definitely be special to you, even if it won't be unique.  (That would hardly be possible, since countless millions of people will eventually have accounts on this site, I'm sure.) 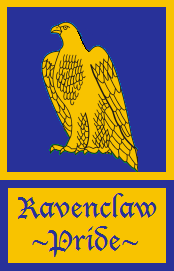 And the moment I was most looking forward to--The Sorting Hat!  I was relieved to have it OFFICIALLY confirmed for me that I am, indeed, a Ravenclaw.  Once you are sorted into your house, you will then be conducted to its common room, where you will learn more about your house's history and the typical characteristics of its members, and will be able to keep tabs on what other members have been up to since you last visited.  There is a house cup, though I'm not yet sure how often it is awarded, and your actions while in the site earn or lose your house points, just as Harry's did in the books.

By far the most rewarding part of this venture for die-hard fans like me is the extensive background information given by J. K. Rowling herself on various characters, places and concepts found in the books.  I don't know about you, but I never really imagined Minerva McGonagall having romantic entanglements before today!  This treasure trove of extra storytelling is fascinating, and I cannot wait to read the rest of the tidbits scattered throughout the books.

As of today, only book 1, Harry Potter and the Philosopher's Stone, is available on the site, and I don't know if any of the others will be opened to us early birds.  We may have to wait for the official October opening date like everyone else.  If so, I think the waiting will be worth it.
A few down sides or things to be aware of:
Overall, I enjoyed my day very much.  I can't wait until the site is open to everyone, so that some of my Facebook friends can join me there, and we can all do abysmally bad at spells together while trying to duel each other.  When you get there, look me up; I'm NettleChaser17.
at 12:55 AM