How to Sound Well-Read

I have a confession to make, and to any former professors of mine who may be tuning in, I can only apologize and say in my own defense that I'm certainly not unique in this failing.  Throughout my entire college career, I only read about one-third of the total readings that were assigned to me.  Honestly, though I suppose there are truly Hermione-esque college students in this world who actually read all or nearly all of what they're told to, I believe that the vast majority of us prioritized and simply bluffed our way through when we had to in order to keep up with everything. 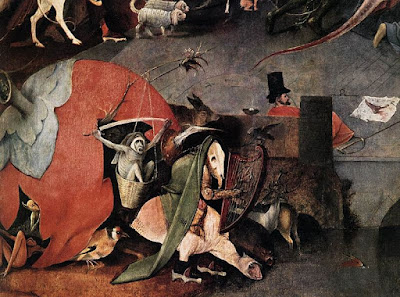 Clearly, this is not such a great idea when the entire course is dedicated to a particular author, or even worse, to a specific book or set of books.  I did my level best to keep up in the whole semester devoted to nothing but Dante's Divine Comedy; otherwise, I would have looked like a total idiot during 90-minute discussion periods about nothing but the assigned chapters.  However, in classes that are meant to cover a broad range of topics, a large period of history, or an expansive set of ideas, a little breadth of knowledge about life, basic history and Western culture will get you nearly as far as reading the assignments will, especially since far too many professors simply regurgitate to you in class what they asked you to read in preparation for hearing them say it all again. 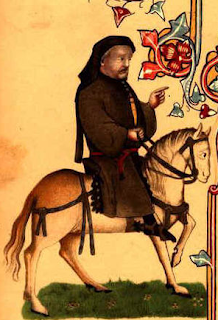 Obviously, it's easiest to keep up with the readings that aren't ass-numbingly dull.  By the time we were into our second play in the graduate course simply entitled "Shakespeare," my professor had given us enough grounding in Shakespeare's jargon and mind-set to really open his works up for us, so I found plays like Othello and The Tempest to be real page-turners.  I don't think I ever completed a reading assignment earlier or more blissfully than when I was "required" to read Jane Austen's Pride and Prejudice.  I expected to have a fearfully dull time in the course called "Chaucer," until I actually started READING "The Miller's Tale," and discovered that most of the characters in The Canterbury Tales are randy old goats who tell stories simply to try and outdo each other in a competition of ribaldry.  After that discovery, the book went pretty quickly!

But there were acres, scores, legions of books and articles and short stories and poems that I was supposed to read, and chose the path of greater resistance but more free time instead.  Because it's harder to fake your way through a 50-minute discussion of a text than it is to simply have read the damn thing, there's no doubt about that.  I know it indicates some inherent character flaw in me that instead of just doing what I was told, I often just bided my time and found a way to insert an intelligent-sounding comment when someone veered onto a subtopic about which I had some knowledge.  Sometimes, I even found a quiet corner where no one would notice me, read as fast as I could until I caught up to a part they were all ABOUT to discuss, and then was able to contribute to the conversation.  Like I say, I know this must indicate that something is truly messed up in my psyche.  Or that I was simply assigned WAY too much reading material, like everybody else, and came up with a coping strategy that kept me from drowning, like everybody else.  Because you see, once or twice, I showed up for a class completely innocent of the slightest hint of preparation for it--AND SO DID EVERYONE ELSE!  It would've been funny, if it hadn't made our professor so angry, as we all sat there giving him frightened, deer-in-headlights expressions in response to every question.  It was in those moments that I took some comfort from the knowledge that at least I wasn't alone in my slacking.

I was thinking about this tonight because I've been playing the neverending trivia over on the bookish site called "goodreads," and I started noticing a somewhat disturbing and highly amusing pattern.  These trivia questions are concocted by members of the site, and since "goodreads" is just a book-based social media spot--the Facebook of reading geekdom--its members are drawn from "all sorts and conditions of men--and women."  (I wish I could remember where that quote is from; any of you know?) (Update: I think it's the name of a chapter of one of the "Anne" books, maybe Anne of Avonlea.)  Some of the questions were clearly written by non-native speakers of English, many of them were obviously devised by people who've read the Harry Potter series even more times than I have, and most importantly, "goodreads" really needs to come up with a way to sift out repeats.  Because the same questions have been posed so many times about the same authors and their books, and because you are shown the correct answer once you move to the next question, my score has recently sky-rocketed, since I now know who killed whom or what the missing item is in several classics I've never read, and which famous author wrote which famous quote in a letter to which one of their infamous lovers.  So, if you want to sound well-read, come do trivia on "goodreads," find out a few simple facts about famous authors that you can toss out at parties, and look up half a dozen literary terms in the dictionary, like "simile" and "post-modern."  It's much cheaper than bluffing your way through ten years of "higher learning."
at 11:08 PM