Don't you just HATE it when you've set yourself the task of reading the books you already own before you buy any more or check out any more library books, and then you discover that one of the books you've got is part of a series, and NOT the first in the series, so now you HAVE to buy another book?  Yeah, me neither! 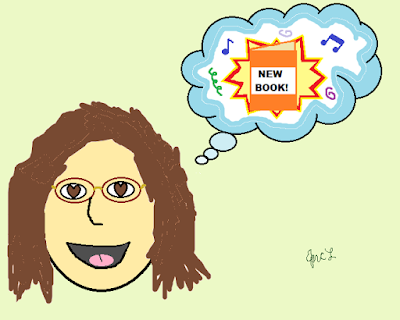 So, here's the story.  As Michael and I have completely run out of our beloved Midsomer Murders, the British mystery series that we had been devotedly tearing our way through whenever we had a SuperToddler-free 90 minutes to watch one, we switched to streaming 1980's adaptations of Sherlock Holmes from Netflix.  Michael read the books by Sir Arthur Conan-Doyle when he was young, but I never have, despite the fact that I own a beautifully hardbound, illustrated copy of The Adventures of Sherlock Holmes in my legendary personal library.  The episodes we've been watching are actually quite good, and they piqued my interest, so I decided I would make this my next undertaking in the "Read Your Own Damn Library!" challenge.  I had just opened the book, and was reading the first paragraph while enjoying the feel of the gilt-tinged cover in my hand, when I noticed that the words on the page were not squaring with my expectations at all.  Dr. Watson was talking about having just been married, and how he hadn't seen Holmes in months, so he stopped by the rooms they had formerly shared in order to pay a little visit.  HUH?  Even if I've never read the books, I've seen movies, I've watched Data play Holmes on Star Trek: The Next Generation.  I've been exposed to bits of the story like anyone else who was born into an English-speaking culture, and I had clearly missed a lot of ... something.

Wikipedia to the rescue!  Oh, how did I live before I could consult with my trusty Wikipedia?  Okay, we'll save that episode of waxing rhapsodic for another time.  (But let me just say, did you know there is also a site called Wiktionary?  A writer's best friend, I assure you!)  Sufficeth to say, I consulted my faithful friends online, and discovered that my beautifully hardbound and illustrated edition of Sherlock Holmes is only a selection, and not one that contains the vast majority of the Holmes canon, or the beginning of it, for that matter.  Amazon Time!!  So, I found old Penguin Classic paperback copies of each of the pieces of the puzzle I needed, and will be ordering them incrementally.  Obviously, they're used, so it'll be $1 here and $.75 there, until I have them all.  See?  It's all a legitimate part of reading the library I already own, right?  Riiiiiiiight.  I don't believe it either, but it's fun to pretend.
at 1:18 AM