So, we've been seeing these lists popping up all over the blogosphere lately, right?  An account of various adventures someone has had that are definitely not common to everyday life.  The numbers vary: 22 things, 10 things, scraps of information about yourself that are part of who you are, part of what makes you stand out in a roomful of people, and everybody's got some of these, no matter how dull you may think your life has been. 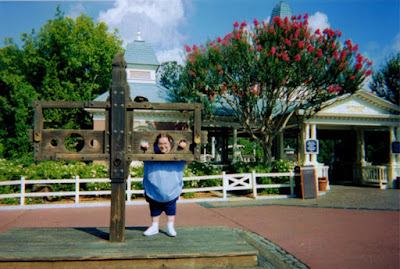 I'm just going to state here and now that I've led a bizarre life (for evidence, see photo above), so I liked the idea of this list when I first stumbled upon it, but hemmed and hawwed with myself about whether or not I would make one.  Finally, when my friend Bev over at My Reader's Block jumped on the bandwagon, I decided I would, too.  Thanks for giving me a nudge, Bev!

Anyway, since I don't know what experiences you, as my reader, do or do not have in common with me, I'll just label my list thusly.

25.  I jumped off a balcony when I was four just to enjoy the sensation of flying.  It was wonderful until I blacked out, which thankfully was BEFORE I hit the ground.  I woke up with the wind knocked out of me, terrified faces around me, and with a very overworked guardian angel wanting to slap me, I have no doubt!

24.  I served as the only page at a special session of my state's legislature when I was about 13.  For anyone who may not know, "page" is the fancy term for, "Hey, kid, could you bring the congressman a cup of coffee?  And when you're done with that, I've got some envelopes that need stuffing." 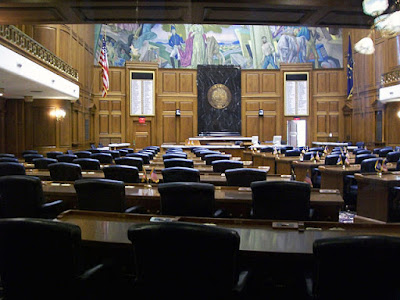 23.  I got a perfect score on the written portion of the GRE, and a 750 on the verbal.  The really impressive part is that I managed to only score 450 out of 800 on the math section (which is technically called something else, but whatever--it's math).  Good thing I never wanted to be a physicist!  Or, you know, do any math that's more complicated than balancing my checkbook.  There are times I still count on my fingers.  I'm SO not kidding.﻿

22.  Since getting my driver's license at the age of 16, I have hit two parked cars, one parked trash can, and a concrete post at a gas station that was innocently minding its own business.  Fortunately, my driving did finally improve after about 10 years of practice.

21.  I had a seizure when I was four, after my cousin and I brilliantly decided to throw rocks at each other for fun and he beaned me on the head.  Scared my poor mother half to death.  Doctors did an EEG and I don't remember what all, afraid I was epileptic, until they finally determined that the seizure was caused by the rock to the forehead.  Yeah, I could've told them that if they'd just asked.  Again, thank you to God and my guardian angel for not letting my stupidity permanently disable me at a very young age.

20.  I had to have my gall bladder removed in emergency surgery when I was 18.  Some organs just need to be sent back to the factory, because they were faulty when issued.

19.  Counting only college degrees, I have graduated four times.  I only walked in three graduations, however, and even that many was probably just gilding the lily.  I STILL don't have a job, but I do have absolutely awe-inspiring student loan debt.  Live and learn.

18.  At the age of nine, I brilliantly rubbed poison ivy on my face after being egged on by an older "friend" who, it turned out, was immune to poison ivy and knew it.  Our "friendship" didn't last long.  Unfortunately, my rash did.  No permanent scars, though, thank God.

16.  My parents were both disabled by the time I was 16 years old.  Among other things, this meant that I watched my father spend the last year of his life in a hospital bed in what had once been my parents' dining room.

15.  Because I was raised as a rabidly conservative Pentecostal, twice in my childhood I was terrified that the "Rapture" had taken place and I had been "Left Behind".

14.  I watched motor boats putter their way up Main Street in English, Indiana, when we were living there in 1990.  I guess I have this one in common with the 600 other people who were living there at the time.

13.  Because my birthday occured less than a week after the start of the school year, I was allowed to begin kindergarten when I was four years old.

12.  I once won a prize for the best Arabic handwriting in the Near Eastern Languages and Cultures department at Indiana University.

11.  When I was living in Kazakhstan one summer, a policeman came to the school where I worked, took off his enormous hat, and left it laying in the office while he went to speak to the school's owner.  This was the result. 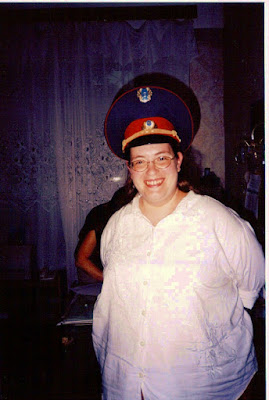 10.  I was the only female tenor in one of the choirs at Indiana State University, and in another at St. Vladimir's Theological Seminary, because neither had a section for natural contraltos.  St. Vladimir's has two chapel choirs, the "Men's Choir" and the "Mixed Choir".  One morning, I was the only woman who showed up for the ridiculously early matins service, so the men moved over to the "Mixed" side of the choir stalls, we switched musical arrangements, and I sang first tenor.  I am probably the only woman in history to have performed a service in the Men's Choir at St. Vlad's.

9.  I petted a dolphin once.  Of course, I was at Sea World at the time, and was surrounded by a bunch of other people who were doing so, as well.  Still, I can say from personal experience that dolphins feel exactly like a soaking wet tire.

8.  On my paternal grandfather's side, I have managed to trace my family tree back to the year 1801.  After that, the trail goes so cold that I have to suspect that a boat trip from Scotland was involved.

7.  For reasons passing all understanding, I memorized the chemical formula for refined sugar when I was about six, and have remembered it ever since.  Someday, I'll be sitting in the nursing home in my wheelchair, while a baffled group of nurses crowds around me and tries to figure out why I keep saying, "C-12, H-22, O-11."

6.  I was once stalked by a Saudi man--or rather, the private eye he hired to dig up some dirt on me--because I was helping his wife keep him from abducting their children while she filed for a divorce.  I swear to God this all happened; I have numerous witnesses.  Unfortunately, he got the kids, anyway.  They still live with him in Saudi Arabia to this day.

5.  On the Sunday after 9-11, I led a large group of Muslims to attend a service at a local Assembly of God church.  They had asked me to arrange it with one of the local pastors, because they wanted to show their grief and solidarity with other Americans.  It was one of the proudest moments of my life.

4.  I lived and taught English in Karaganda, Kazakhstan for a month one summer in college (see #11). 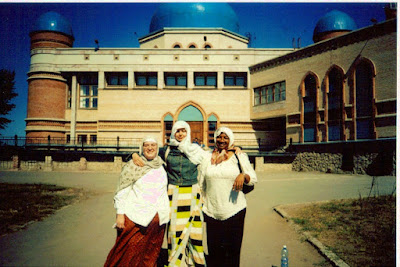 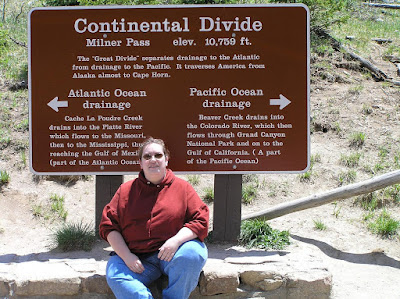 2.  Also while in Rocky Mountain National Park, I played with snow--in June. 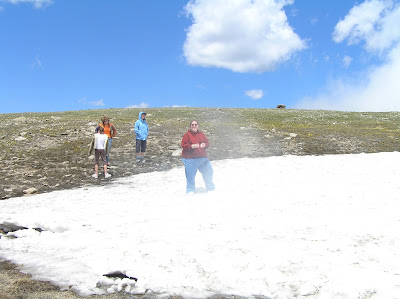 1.  The Near Eastern Languages and Cultures department of Indiana University, while I was a student there, hired me to chauffeur around a bunch of government ministers from Afghanistan, who came to the university for a conference on how they could rebuild their education system shortly after the fall of the Taliban.  This was me driving foreign dignitaries through Bloomington, Indiana, in a 12-passenger van.  Did you READ #22?!?!  I have no idea whose brilliant idea this was, but I enjoyed it almost as much as I was terrified by the responsibility of it.  I even got to meet Hamid Karzai's brother!