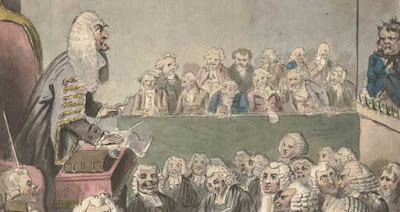 I do solemnly swear that Thomas Nelson Publishers gave me a free copy of this book, in exchange for which I am about to render the truth, the whole truth, and nothing but the truth as I see it in the following review, so help me God.  Now then...

Oh dear.  From the first, I really WANTED to like this book.  And it had a very promising start.  In the first two chapters, I was thinking it might well fall within the lower end of a 4-star rating.  By about 1/3 of the way through, it was still looking like it could be 3 to 3.5 stars.  When I finally reached the 2/3 mark, the prospect seemed quite grim.  I think it's a good thing the author called it quits when he did, or I might have started looking for a Dorothy Parker Award to hand to him out of my desk drawer.

I read a previous reviewer who said that he didn't like the fact that this book is a fictionalized biography.  I thought to myself, "I hate to break it to you, pal, but the non-fiction novel--whatever the Hell that means, exactly--seems here to stay, and I've even read a number of them that I really liked, so that's no great deterrent."  When I saw that an Evangelical publisher had released a book about ANY member of the Eastern Orthodox Church in which they admitted that the person was a genuine Christian, I knew that a little thing like occasional imaginary conversations wasn't going to keep me from reading and reviewing it.

However, no amount of making allowance for evolving literary styles can excuse plain old bad writing.  To be honest, I'm not sure why anyone would complain of fictional content in this book, because there is really very little of it.  Being SO chock full of quotes on every page, Leithart's book reminds me much more of the kinds of term papers I was forced to produce when some professor ridiculously required that I use at least 20 discrete sources in a 10-page paper--a massive collection of quotes with a few connective words of the author's own here and there to try and create segues.

The same reviewer also complained of poor organization in this text, and on this score, he was spot on.  The book is not boring, just maddening, because coherence breaks down numerous times.  The book jumps back and forth in different time frames, which is a long-standing narrative technique and doesn't bother me at all, when it's well-executed.  But leaving out essential information, when layered on top of time jumps, just creates an indecipherable mess.  At times, Leithart only writes three or four sentences before his narrative time machine engages again, and repeats the process several times on the same page.  Movie montages don't work nearly as well in written form.

Ultimately, this book is too short to cover even a small percentage of an extraordinary life like that of Fyodor Dostoevsky, and the short space that was allotted is not used well.  A reader will not emerge from the work with more than a very brief, cursory knowledge of Dostoevsky's life, a dim familiarity with some of his plot lines, and virtually no understanding of his real political thought.
at 9:11 PM