Review of "Adventures of Sherlock Holmes" 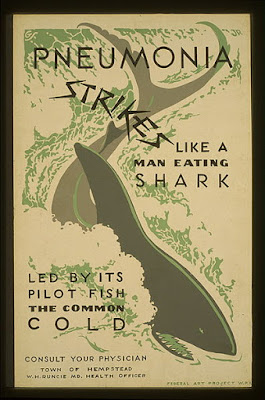 After a false start due to Heinous Head Cold from Hell (I've decided that's actually its name), I think I'm finally ready to review this book.  I've progressed from thinking I was going to die, to merely wishing I was dead, to being the walking undead, to now finally just being a live lump in my chair, so I think I can do a review this time.

The Adventures of Sherlock Holmes
by Sir Arthur Conan Doyle 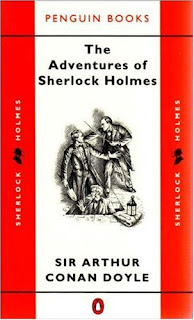 I KNEW that ridiculous wife that Conan Doyle insisted on giving Watson in the last book was going to be nothing but trouble!  He went to some lengths to make the woman rational, intelligent and articulate, even having Holmes comment on the fact, so it would have worked much better if he had allowed her to go on Holmes' and Watson's adventures with them.  But of course, the conventions of the time forbade that sort of thing, no matter HOW rare it was for Holmes to compliment a woman.  So, Mrs. Watson spent most of her time visiting her mother, on vacation, or waiting up late at night for her husband to return home from some dangerous caper.  Several more of the stories stated baldly at the outset that they took place BEFORE Watson's marriage, and for the last couple, Conan Doyle abandoned all pretense entirely and didn't bother to give any explanation at all for why Watson was living at Baker Street again.  It was rather annoying.

Other than that, however, this book was solid Holmes and Watson fare, enjoyable as usual and laced with humor that never goes out of fashion.  I liked it.  I just wish Conan Doyle hadn't kept creating situations to end the famous partnership, only to then change his mind and have to find ways to work around his previous messes.
at 4:27 PM