Yes, I finally finished this book!  After some five years.  And it did NOT "go gently into that good night," let me tell you.  Don't get me wrong; I really enjoyed this book.  I just mean that Red Land, Black Land makes you fight for it every sentence of the way; this book is not fluff, and your attention can't waver if you want to keep up with what's going on. 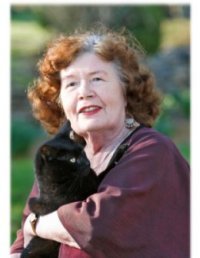 I love Barbara Mertz, and have ever since I stumbled upon my first Amelia Peabody mystery novel.  Murder mysteries set during the dawn of European Egyptology, written by an actual modern Egyptologist!  Forget "What's not to love?"  We can now move straight to "I can die happy!"  So when I discovered that my favorite sleuth-maker had written a duo of non-fiction Egyptology books, I had to own and read them.  I flew through Temples, Tombs and Hieroglyphs, as I imagine most readers did; it's an unrepentant orgy of all things pharaonic and monumental that still exist of ancient Egypt, all those things that stand out as most flashy and memorable in peoples' minds.  Red Land, Black Land is sort of the antidote to all that, covering the little we can reliably say we know about every aspect of the average ancient Egyptian's life.

This book really does have a very slow start, and I'm not surprised that it took me a couple of tries to get into it.  It's definitely worth it, though; even the beginning material is interesting--if you like Egyptology, anyway--it just feels rather haphazardly arranged, which is why it took me a little while to settle in to Mertz' style of organizing her topics.  It's a riveting read, once you're into it, though, and well-illustrated with line drawings of Egyptian art.  The author makes no secret of the fact that she doesn't know the definitive answers to a number of questions laymen often ask.  Indeed, she reveals that NO Egyptologist can answer all those questions; I don't doubt that some of her colleagues weren't too thrilled with her!  She baldly announces that most learned scholarly theories are at best just the considered guess of an intelligent person.  This is actually one of the most satisfying aspects of the book--Mertz' legendary caustic wit created some priceless one-liners here.

I've been a (decidedly amateur) armchair Egyptologist for years, so much of what Mertz had to say only built on things I've been reading about for years, or brought me up to date on theories that have changed or been rejected since I last read about them.  The only thing I wonder about this book is whether it would be that useful for the true beginner who knows nothing about the topic at all, but is just curious.  I think a little bit of previous background would be useful, though just reading the first of the pair of books before reading this one might be enough.  Barbara Mertz does an excellent job of avoiding overcomplication; Egyptology is just an inherently complex subject.
at 8:22 PM