I've been looking forward to joining in with this blog hop for the first time.  I admit, the title was a bit intimidating at first, and it took me a couple of months to decide to try it, but my fascination has finally overcame my nerves, so here we go. 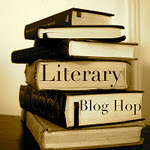 Our Question of the Day (provided by our hosts at The Blue Bookcase):

"To what extent do you analyze literature?  Are you more analytical in your reading if you know you're going to review the book?  Is analysis useful in helping you understand and appreciate literature, or does it detract from your readerly experience?"

First, I must confess that I really didn't learn ANYTHING about literary analysis until I started college.  Most of my pre-university education was spent in tiny, disturbingly conservative, Evangelical Christian schools, and thus, I am still playing catch up with my peers on the literary front.  I was astonished when I arrived at a public liberal arts university and discovered that most people my age had already read several Shakespeare plays and a number of other classics in high school classrooms, whereas I had to struggle through any classics I attempted on my own.  Despite my repeated attempts, Shakespeare never made ANY real sense to me until I studied him thoroughly in graduate school. 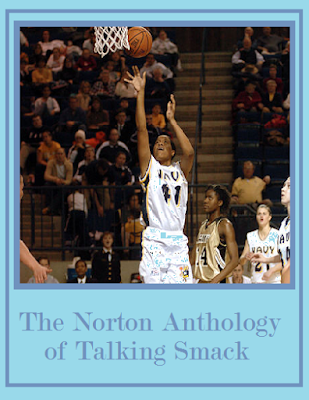 However, as an English major, I certainly made up quickly for lost time.  Those of you who studied literature extensively at university, did you have to buy a Norton Anthology of virtually every literary genre known to mankind?  I used to say that Norton would eventually put out an anthology of pudding recipes.  Anyway, between picking every bit of marrow off the bones of The Scarlet Letter, stumbling my way through excerpts from The Tale of Genji, finding out what spoiled children the ancient Greek gods, goddesses and heroes were in The Iliad, and satirizing Guelphs and Ghibillines in The Divine Comedy, it's a wonder that I can read ANYTHING just for fun anymore. 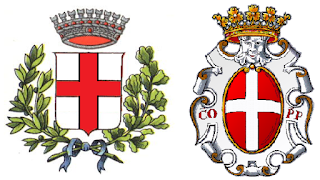 I definitely analyze a lot more when I know I have to produce a review of a book, especially if that review has been assigned to me or commissioned in some way.  If I'm just reviewing something I read for fun on my blog or in my Book Lover's Journal, I'm not quite so analytical.  And yes, it certainly can suck some of the joy out of the experience; sometimes I find myself thinking, "Just read the damn book, for Heaven's sake!"  At other times, however, the realization of the primordial myth or the archetype that the author is invoking, or the earlier masterpiece upon which a book draws for its themes, can make reading an even more satisfying endeavor.  I have found that the more a book can stand up to that kind of constant critical subtext in my own head while still keeping me entertained or interested, the better a piece of literature the book turns out to be over all.
at 10:47 PM