Once again, it's 5-Minute Friday, and our word for today is "Grow".  It seems a bit odd to me, since we just did "Growing" on September 23rd, but it inspired a completely different post in my head this time, so what do I know?  Maybe that proves the point of thinking often about growth, right there.

With gratitude in advance to Joni Mitchell, The Counting Crows, and William Nicholson, author of the screenplay for Shadowlands, I begin. 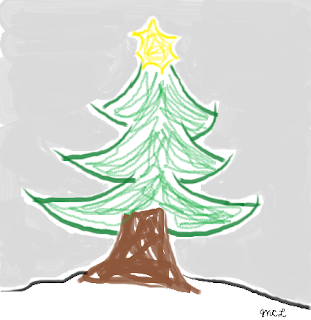 "It's comin' on Christmas/They're cuttin' down trees..."
"A long December/And there's reason to believe/Maybe this year will be better than the last..."

Last year at this time, I was calling a hospital back home in Indiana from my apartment in Washington state nearly every day to get a report on my mother from nurses I never met.  My brother was dividing his time between a lot of work, occasional meals, occasional sleep, and sitting at my mother's bedside.

I was hoping against hope that what I knew was happening would, indeed, not happen, and rejoicing that the Reaper had held off at least for one more holiday, so grateful for that on Thanksgiving that I was practically giddy.  He continued to remain at bay until just after New Year, for which I was also thankful.  No more Christmas funerals.  I've attended too many. 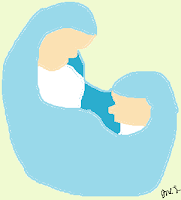 No relationship in the world is like that between a mommy and her child, and two adults, each arrested at the moment when they first realized that lupus was fatal, are still wondering, finding their place without her.  After several years, we found our place without Dad; I assume that we'll eventually stumble into peace without Mom, as well.